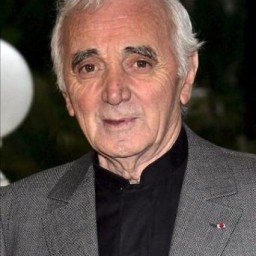 With over 90 years of existence, a long way since his debut with his sister Aida and act in theater, barely 11 years old, Aznavour maintains an enviable activity, moving between tour and concert, retaining the loyalty of an audience delivered entries exhausting all his shows.

He achieved his first victory in 1953, during his concert at the Olympia theater in Paris, with “Sur ma vie” which became his first hit. Then came songs like “La mamma”, “Viens pleurer au creux of épaule mon” or “Comme ils dissent” which reflect inimitable way everyday life and has since continued to work on music, his passion, with an extensive discography and more than 100 million albums sold.

His forays into film have also revealed a special talent in films like Tirez sur le pianiste (Shoot the Piano Player), by François Truffaut, or The Tin Drum (1979) by Volker Schlöndorff.

Aznavour, named “national hero” of Armenia and the country’s ambassador in Switzerland, “Commander of the Legion of Honor” of the French Republic has not said goodbye to his career.