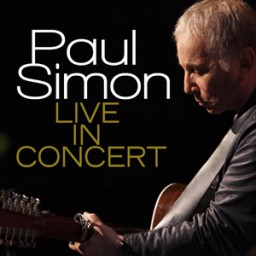 The two unique dates will be in Madrid and Bilbao next November.

El Corte Ingles, as part of its 75th anniversary, collaborates in the concert of Madrid.

Paul Simon, former member of the duo Simon and Garfunkel, back to our country after more than twenty five years without visiting our country, in the context of their world tour, “Stranger to Stranger,” which starts on June 1 in the Hollywood Bowl in Los Angeles and will bring him to Europe in early October to Leizpig (Germany).

Paul Simon will arrive to our country in November and will play ionly in Bilbao and Madrid, 17 and 18 in the BEC and Barclaycard Center, respectively.

This tour is one of the most anticipated of the American musician what it means for his successful career for almost six decades ago when he composed his first major worldwide hit “Mr Robinson” for the film “The Graduate” beginning with Garfunkel one of the most prestigious contemporary music career record.

The career of Paul Simon begins in 1972 with a pair of singles that remain classics on the radio today as they were four decades, “Me And in July Down By The Schoolyard” and the hit which reached # 5 ago the Hot 100 singles chart, “Mother And Child Reunion” (both from his debut LP Paul Simon). Two of the most beloved and remembered LPs came in the early ’70s: There Goes Rhymin’ Simon, the first of the albums Simon co-produced with the legendary Phil Ramone (1973, including “American Tune”); and Still Crazy After All These Years (1975 Grammy® Award winner as Album of the Year and Best Male Pop Vocal, and contained the hit of Simon who led the Hot 100 singles chart, “50 Ways To Leave Your Lover” and also the issue with gospel nuances title track).

Simon ended the decade of the ’70s with a first LP compilation, Greatest Hits, Etc., which included the previously unreleased track “Slip Slidin’ Away,” with the vocal quartet country-gospel Oak Ridge Boys and reached # 5. The decade of the ’80s began with the launch of One-Trick Pony (1980, associated with the film that starred Simon, including the hit that reached the Top 10 and has been nominated for a Grammy, “Late in the Evening” ). The title track to the album Hearts and Bones 1983 – in which two lovers ( “one and one-half wandering Jews”) are aimlessly down the road – immediately reminds us of “America.”

“My work can be divided into three well-defined periods,” says Simon, “Simon & Garfunkel solo albums before Graceland, and from Graceland to the present.” In fact, the Graceland album 1986 (first collaboration of Simon with the South African group Ladysmith Black Mambazo) was a musical event of great importance, whose impact on the scene worldbeat continues to impact today. Sales generated by Graceland were certified 5 times platinum, besides winning the Grammy Award Albun the Year.

Undoubtedly the creator of Graceland to his Spanish audience approached within the framework of the celebration involved the review of a wide discography full of successes. A show of more than two and a half hours duration ranging from one timeless and unforgettable Sounds of silence 1965 to Mr Robinson, Cecilia, or Bridge over trouble wathers and all punctuated with a wide and more than recognized solo career.

In short two unique and probably unrepeatable concerts, considering that Paul Simon has been lavished little for our country, your last visit was in 1991 where he made just stop in Madrid, Barcelona and Coruña.

A magical tour of one of the most attractive and interesting of the popular music of the twentieth century musical careers.

Tickets for both concerts are on sale at El Corte Ingles and www.riffmusic.es to Madrid for Bilbao concert.